Few priorities are more urgent for boards today than communications with their shareholders. While the need for engagement is not a new addition to leading governance issues, the investor environment has only become more vocal, speaking out for higher standards and a greater level of transparency.

Mainstream asset managers - including major index funds such as Vanguard, BlackRock, and State Street - are speaking out more forcefully on issues like board diversity, company culture and climate change. Public pension funds such as the Office of the New York City Comptroller have been making their influence felt in areas such as proxy access. And activist investors continue to press for changes to their target companies’ strategies - often by seeking seats on the board. 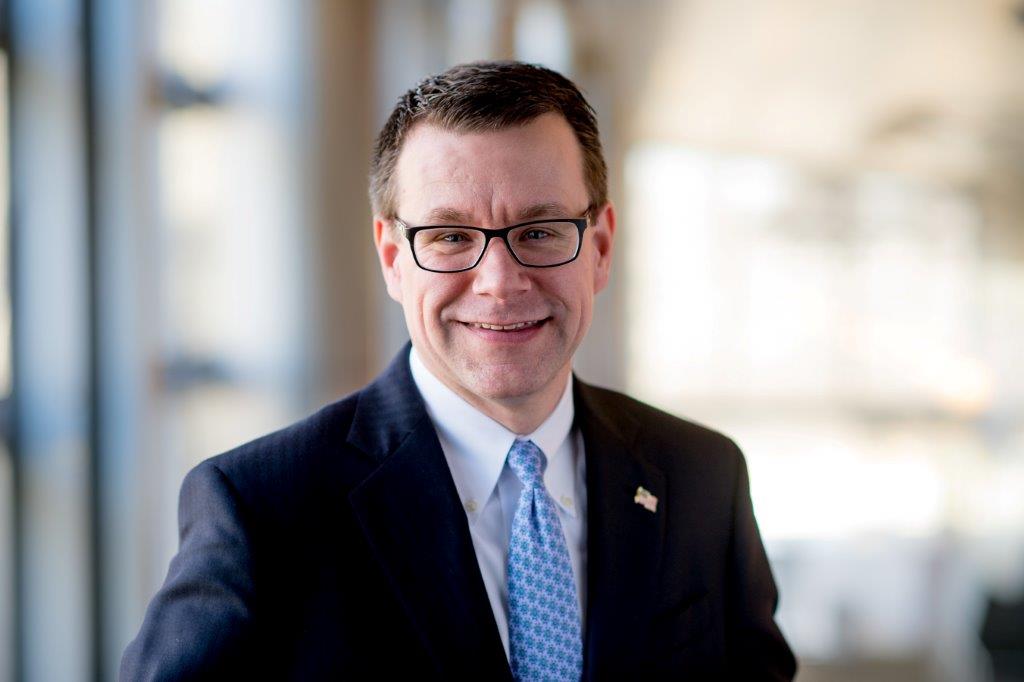 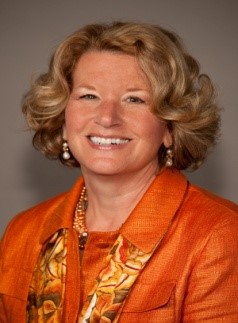 Glenn Booraem is the head of Investment Stewardship and a principal at Vanguard, one of the world’s largest investment management firms. Vanguard manages more than US$5 trillion on behalf of its 20 million clients worldwide. Mr. Booraem joined Vanguard in 1989, and has led its investment stewardship efforts since 2001. He has also served as the controller and treasurer for each of the Vanguard funds. In addition to engaging with the Vanguard funds’ portfolio companies and serving as a frequent speaker on corporate governance matters, he also represents Vanguard and its investors through a number of initiatives including Investor Stewardship Group, Investor Advisory Group for the Sustainability Accounting Standards Board (SASB), Investor Advisory Board for CECP’s Strategic Investor Initiative, National Association of Corporate Directors’ (NACD) Blue Ribbon Commission on Building the Strategic Asset Board (2016), Shareholder-Director Exchange (SDX) Protocol (2013), Advisory Board on Corporate/Investor Engagement for The Conference Board Governance Center (2013), New York Stock Exchange (NYSE) Commission on Corporate Governance (2010), and NYSE Proxy Working Group (2006). Mr. Booraem has been named to the NACD Directorship 100 list each year since 2010, as one of the most influential people in corporate governance. He is a graduate of Temple University and the Advanced Management Program at Harvard Business School.

Kathi Hyle retired as the Sr. Vice President and Chief Operating Officer of Constellation Energy in 2012 (NYSE:CEG). With $14 billion in revenue and $8 billion in equity market capitalization, Constellation is one of the nation’s leading competitive suppliers of power, natural gas and energy products and services for homes and businesses, as well as one of the largest nuclear generators in the country. Since 2008 Ms. Hyle was the Business Unit Leader of the merchant arm of Constellation with $11 billion in revenue and 3,200 employees. The merchant business includes a fleet of non-nuclear power plants, the commercial and residential retail division, wholesale power, portfolio management, origination, upstream gas and trading businesses. Ms. Hyle joined the company in 2003 and was a key leader in developing the business and financial strategy of the retail division, growing the business to the number one market leadership position resulting from a combination of well-integrated acquisitions and a multi-product market approach that repositioned the business as an energy solutions provider with innovative product offerings. During Ms. Hyle’s leadership the business entered the solar, energy efficiency and demAmerisourceBand response markets, developing 105MWs of customer based solar projects, Maryland’s first wind energy project and built a 4500MW demand response customer business. Ms. Hyle drove the retail business’ entrance into the residential marketplace, growing organically and through acquisition to 1 million customers across 6 states, rising to a national leadership position. In 2010 Constellation was ranked number one globally in the category “Independent Power Producers and Energy Traders” in Platts. With a focus on execution and innovation her team won the 2010 Global Energy Award for Construction Project of the Year, in addition Brandon Shores was recognized by POWER Magazine as the nation’s top coal plant and in 2011 Rio Bravo Rocklin was named top US Biomass plant. Ms. Hyle also played a key leadership role in developing a joint venture with EDF for the potential development of new nuclear in the United States. Ms. Hyle was the CFO of the joint venture, as well as the CFO of the existing nuclear business and was a board member of the joint ventures. Prior to joining Constellation Energy, Ms. Hyle was the CFO of ANC Rental in Ft. Lauderdale, Florida. Before joining ANC Rental, Ms. Hyle was the VP and Treasurer of Autonation also in Ft. Lauderdale, Florida. After graduating from Loyola College in Baltimore, Maryland in 1980, Ms. Hyle began her business career with Black and Decker in Towson, Maryland. An accounting major and a CPA, Ms. Hyle started her career in the Treasury organization, gaining experience in financing, hedging, system implementation, strategy, mergers and acquisitions and investor relations, ultimately rising to the role of VP and Treasurer. Since 2010, Ms. Hyle is a member of the Board of Directors of AmerisourceBergen, with $160 billion in revenue, one of the world’s largest pharmaceutical services companies, where she currently serves on the Finance Committee and the Compensation Committee. From 2012 through 2017 she also served as the Chair of the Audit and Corporate Responsibility Committee. Since 2012, Ms. Hyle is a member of the Board of Directors of Bunge Ltd, a $45 billion global agricultural trading and logistics business where she was named Chair in December 2018. Prior to being named Chair she chaired the Audit Committee and served on the Governance and Nominating Committee as well as the Risk Committee. She also served on the Board of ADT from 2012-2017. She was a member of the Board of Sponsors for the Sellinger School of Business and Management for Loyola University Maryland and is on the Board of Trustees of CENTERSTAGE in Baltimore.

Mr. Silverman joined Blue Harbour Group in 2005. Prior to joining Blue Harbour Group, he was an analyst on the Huff Alternative Fund at WR Huff Asset Management from 2001 until 2005. Mr. Silverman received an A.B. from Princeton University in 2001. Mr. Silverman holds the Chartered Financial Analyst designation. He is a member of the ICGN Board Governance Committee and the former Chair of the NYSSA’s Corporate Governance Committee. In addition to his investing responsibilities, Mr. Silverman oversees the firmwide effort to integrate Environmental, Social, and Governance (ESG) considerations into investments and engagements.

Mr. van Beuren spent his career as a business leader at the Campbell Soup Company. He now divides his time between roles in Corporate Governance, Investment Management, and Philanthropy. Mr. van Beuren serves on the boards of directors of the Campbell Soup Company, a US$10B sales branded food company, Bissell Inc, a $1B sales privately held leader in homecare durables, and the Brandywine Trust Group, a non-depository trust company and wealth management entity with US$10B under management. He serves as Vice Chairman for both Bissell and Brandywine and chairs the Finance Committee at Campbell. Additionally, he serves as chairman of the van Beuren Charitable Foundation. The foundation supports initiatives in healthcare, education, economic development, urban design and historic preservation in the state of Rhode Island. Mr. van Beuren also gives his time to other interests. He serves as a director of the Preservation Society of Newport County and he sits on the American Advisory Board of Christie’s auction house. Mr. van Beuren spent twenty-six years at the Campbell Soup Company. Campbell’s is a consumer-packaged goods company with over 20,000 employees globally. In addition to the Campbell’s brand, the company owns Pepperidge Farm Bakeries, Arnott’s Biscuits, Snyder’s of Hanover pretzels, Cape Cod Potato Chips, V8 Juices, Prego Sauces, Pacific organic foods and other leading food brands. During his Campbell career Mr. van Beuren served in general management, strategy, marketing and sales leadership roles. He left day-to-day management in October of 2009. In November 2009 he was elected to Campbell’s Board of Directors. Before leaving Campbell, Mr. van Beuren was Senior Vice President, President - Global Sales, and Chief Customer Officer. In this role he led Campbell's Global Sales Function for all brands and geographies and was accountable for all customers globally. From 1999 to 2005, he served as President of Godiva Chocolatier, a New York City headquartered Campbell subsidiary that is the leading global manufacturer and retailer of super-premium chocolates. Godiva was sold in 2008. Mr. van Beuren joined Campbell in 1983. Mr. van Beuren earned his Bachelor of Arts degree in 1979 from Yale University and his M.B.A. in finance from Columbia University in 1983. He is a member of the Chief Executives Organization and the Young Presidents Organization, where he chaired the International Chapter. Archie and his wife Helene reside in Pennsylvania with their two children.