It could easily be argued that the primary goal of a board of directors is to create and maintain long-term value. This is no simple task, and cannot be realized without understanding and providing guidance on strategy and associated risk. Anticipating those risks - whether beneficial or dangerous - in our rapidly changing environment is the most challenging aspect of serving as a member of the board, and understanding those potential risks and their impact is key to success.

How can the board anticipate atypical and rapidly changing risks, and where should the focus lie? Technology is at the forefront of many of these discussions, however what other elements should be at the center of focus? Boards practice strategy review on the regular; how can they look into the future, practicing adaptive governance? Join the NACD Philadelphia Chapter as we take a deep dive into adaptive governance and the atypical risks associated. 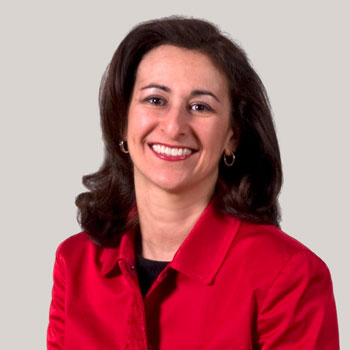 Tanuja Dehne is a public company director and former C-level executive of NRG Energy, Inc., a Fortune 250 power company. Tanuja brings perspective and experience from her cross-discipline roles to the C- suite and board room. She is a purpose-driven leader, cultivator of talent, and proven strategist. Tanuja is an award winning corporate attorney, human resources professional, and community volunteer who thrives when making a positive difference in the lives of others. Tanuja is frequently called upon to share her expertise across the globe from New York, Austin, San Francisco, Brussels and Davos, Switzerland. Tanuja is a member of the Boards of Directors of Granite Point Mortgage Trust Inc. (NYSE: GPMT) where she serves as the Chair of the Nominating and Corporate Governance Committee, and Advanced Disposal Services (NYSE: ADSW), where she serves as the Chair of the Compensation Committee. She also served on the Board of Directors of Silver Bay Realty Trust Corp. (NYSE: SBY) from 2012-2017. Tanuja is a Senior Advisor on corporate governance matters for The B Team, an NGO focused on mobilizing global leaders to drive a better way of doing business for the well-being of people and the planet. She is an active member of her community, serving on several non-profit boards including the Board of the Geraldine R. Dodge Foundation and as Board Chair of Young Audiences New Jersey and Eastern Pennsylvania. Tanuja also serves on the Boards of the Forum of Executive Women in Philadelphia and NACD-NJ. At NRG for 12 years, Tanuja served in various roles of increasing responsibility. As Executive Vice President, Chief Administrative Officer and Chief of Staff, she oversaw NRG's Human Resources (11,000+ employees), Information Technology, Communications, Sustainability and Corporate Marketing departments, the company's charitable giving program, M&A integrations, as well as the construction of NRG’s sustainable, corporate headquarters in Princeton, N.J. Prior to these positions, she led NRG's Human Resources department and served as Deputy General Counsel and Corporate Secretary. Tanuja previously practiced corporate law as a member of Saul Ewing's business department. Tanuja is a member of the Faculty of NACD’s Board Advisory Services. She is also an NACD Board Leadership Fellow and was recognized as one of the “2018 NACD Directorship 100.” In 2017, she was named a “Director to Watch” by Directors & Boards. Tanuja is also a part of BigSpeak Speakers Bureau. Ms. Dehne earned her undergraduate degree from Lafayette College, her Master's degree in Political Science from the University of Pennsylvania, and her Juris Doctor degree with honors from Syracuse University College of Law. Tanuja is also a 200HR RYT certified yoga instructor.

Ms. Jaffari is a partner in the Business and Finance Department at Ballard Spahr. Recognized as a leader in the fields of corporate governance and securities, Ms. Jaffari devotes her practice to advising boards of directors with respect to governance matters and handling complex securities transactions for businesses in a variety of industries. Advising clients in deals that have reached the multibillion-dollar range, Ms. Jaffari has broad experience in corporate finance, compliance, and internal investigations, representing special committees of public company boards. Her practice includes business counseling, capital-raising, and mergers and acquisitions. She currently serves, on a pro bono basis, as Special Corporate Counsel, on behalf of Ballard Spahr, to DirectWomen, a nonprofit whose mission is to increase the number of women attorneys on corporate boards. Honored as a Distinguished Advocate by the Support Center for Child Advocates, Ms. Jaffari has been fulfilling her commitment to pro bono service by representing abused and neglected children for almost twenty years. She has been named a “Woman of Distinction” by the Philadelphia Business Journal. She has also been named as a “Star Influencer” for SmartCEO’s Centers of Influence Awards, a Pennsylvania "Super Lawyer" for securities and corporate finance, to SmartCEO’s Legal Elite as a go-to attorney for business legal advice, one of Philadelphia's "40 Under 40" by Philadelphia Business Journal, and one of Pennsylvania's "Lawyers on the Fast Track" by American Lawyer Media. The Philadelphia Bar Association’s Business Law Section honored her with the Committee of the Year Award and Chair of the Year Award. Ms. Jaffari also is the recipient of the Adjunct Teaching Award for Excellence in the Classroom, Legal Studies, Fox School of Business and Management at Temple University. Ms. Jaffari has taken an active role in the community. She recently served as Chair of the Board of Governors of the Philadelphia Bar Association and previously as Chair of the Business Law Section of the Association. She is Vice Chair of the Corporate Governance Committee of the American Bar Association’s Business Law Section and Co-Chair of the Governance and Sustainability Subcommittee. She also leads the Diversity in the Boardroom Task Force for the ABA’s Corporate Governance Committee. She is member of the boards of directors of the National Scleroderma Foundation, Maternity Care Coalition and the School Mindfulness Project. She served on the Board of Directors of the Forum of Executive Women, ION (whose mission is to increase women on boards), and the Support Center for Child Advocates (SCCA) for many years, culminating with the role of President during the time the organization developed and adopted its strategic plan, Vision 2020, and for which she currently serves on the Leadership Council. Ms. Jaffari is a graduate of George Washington University Law School (J.D.), where she was Managing Editor of the George Washington Journal of International Law and Economics, a Dean’s Fellow, an Instructor of Legal Research and Writing, and a Legal Fellow for the Mediation Clinic and Immigration Clinic. She also holds degrees from Temple University (M.B.A., with honors, and B.B.A., summa cum laude). She is a proud graduate of the Philadelphia public school system.

Jerry is a member the Board of Directors of the Funds comprising the Cohen & Steers Mutual Fund Complex. He also serves as Chair of the Audit Committee of the 20 Funds within the Complex, including 9 closed end funds which are publicly traded on the New York Stock Exchange. Cohen & Steers is a global investment manager specializing in liquid real assets, including real estate securities, listed infrastructure, commodities and natural resource equities as well as preferred securities and other income solutions. The Funds’ Assets Under management approximate $33.8 Billion as of March 31, 2019. Jerry is also a member of the Board of Trustees and the Treasurer of the American Institute of Certified Public Accountants (AICPA) Foundation. The Foundation, which was established in 1922, has a core mission of benefitting the public by supporting financial education and ethical business behavior and promoting a culturally diverse accounting profession. In addition, Mr. Maginnis serves as an “Executive in Residence” at Rowan University in Southern New Jersey. In this role, he works closely with the Dean of the Business School and Chair of the Accounting Department to help prepare students for their transition from academia into the workforce. His role includes guest lecturing to students and Chairing the University’s Accounting Advisory Board. Jerry is also a member of the Board of the Faith in the Future Foundation and a member of the Commonwealth of Pennsylvania Early Learning Investment Commission. In May of 2019, he will become the Board Chair of the Pennsylvania Institute of Certified Accountants (PICPA) Foundation. Jerry served as KPMG’s Philadelphia Office Managing Partner (OMP) from December of 2006 until his retirement from the Firm on September 30, 2015. As OMP, Jerry played a key client relationship role for the office’s largest accounts. His responsibilities also included helping lead the growth and success of the firm’s audit, tax and advisory practices in Philadelphia, as well as ensuring that clients received exceptional service from the firm and that partners and employees viewed KPMG as a great place to work and build their career. In his OMP role, Jerry coordinated KPMG’s community involvement activities and ensured KPMG professionals were “giving back” to their communities. He also championed the firm’s diversity initiatives in Philadelphia. Previously, Jerry served as the Partner in Charge of KPMG’s Audit Practice in Pennsylvania, responsible for the audit operations of the Philadelphia, Harrisburg and Pittsburgh offices (2002 through 2008). Prior to 2002, Jerry was an audit partner serving clients principally in the Information, Communications and Entertainment line of business. Jerry is a Past President of the PICPA, having served in that capacity during the PICPA’s 2014-2015 fiscal year. In addition, Jerry previously served on the Board of Trustees of Saint Joseph’s Preparatory School, Gwynedd Mercy University, the PICPA and the Historical Society of Philadelphia as well as AICPA Council. He is also a past member of the CEO Council For Growth and the Board of Directors and Executive Committee of the Greater Philadelphia Chamber of Commerce and the Board of Directors of the Union League of Philadelphia. Jerry graduated with a B.S. in Accounting from St. Joseph’s University and is a Certified Public Accountant currently licensed in the Commonwealth of Pennsylvania.